Ep. 028- Michael Raver: The Reward Of Pursuing Your Own Path As An Artist 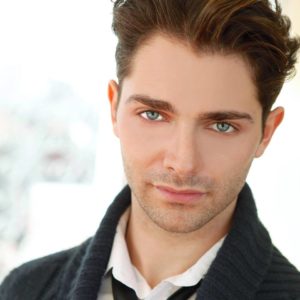 Michael Raver is an actor and writer who decided from the very beginning of his career that he was going to do what he knew worked for him as an artist: create his own work. He was met with several challenges with producers and influential industry professionals telling him he wasn’t going to find success in this approach. But Michael decided to follow the path he knew was true to his heart.

As a result, Michael has now performed at Lincoln Center, The Pearl Theatre Company, Tony Randall’s National Actor’s Theatre, regional theaters across the country and in film and television. His play Fire on Babylon was nominated for The Robert Chesley/Victor Bumbalo Foundation Award, as well as being named a semifinalist for The O’Neill Conference. He has served as a judge for the Ferro-Grumley Award for LGBT Fiction and regularly contributes pieces for NYC Monthly, Hamptons Monthly, playbill.com, CoolHunting.com, The Huffington Post and Classical TV.

If you’re ever in doubt about going against the grain in order toremain true to your mission as an artist, stay tuned as this discussion will help inspire you to stay on your own path.